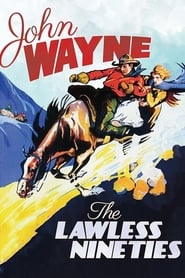 Trailer
You are watching now the The Lawless Nineties movie has Western Genres and produced in USA with 55 min runtime. Brought to you by Watch4HD.com and directed by Joseph Kane,

Federal Agents Tipton and Bridger have been sent to Wyoming where the vote on statehood is imminent. Plummer and his gang are out to make sure the vote fails. When Plummer’s men kill Bridger, Tipton fights on. He sends fake telegrams that trap some of Plummer’s men. Then he organizes the ranchers and on election day they descend on the town barricaded by Plummer’s gang.

Gilbert Sterling had never wanted for anything. He had been given plenty of money to do with as he pleased, and it was perhaps the fault of his parents that…

The Moment to Kill

Lord and Bull are two adventurers recruited by Judge Warren for a mysterious mission. On reaching the village to know the details of the mission they don’t find the judge…

In Elliot’s initial appearance as Red Ryder, he finds himself framed for murder. Little Beaver then foils the crooked Sheriff’s attempt to have Red killed excaping jail. When Hannah Rogers…

Wings of the Hawk

Gringo miner Gallager is caught up in the Mexican revolution of 1910-11 when corrupt administrator Ruiz appropriates his mine. Gallager saves the life of guerilla leader Raquel, then finds there’s…

A young girl set out to tame a wild horse so she can enter him in a race.

Kent wants the Allen ranch. So he has Steve and his men rustle their cattle using Pete as an informant. When the Trigger Pals Lucky, Stormy, and Fuzzy fight back,…

After a bloodbath of a robbery taken right out of “The Wild Bunch” and then being betrayed by his gang, Graff joins the side of the law to hunt his…

Arms dealer Yolaf Peterson aims to make a sale to guerilla Mongo, but the money is locked in a bank safe, the combination known only to Professor Xantos, a prisoner…

No Name on the Bullet

Cool, cultured John Gant rides into Lordsburg. Gant is a professional killer, and although no one knows who he is there to kill, they are all worried. Everyone has enemies,… 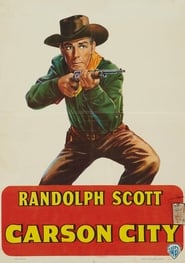 Banker William Sharon becomes desperate that his gold and silver shipments from Carson City to Virginia City are the helpless targets of a band of outlaws called “The Champagne Bandits.”…

Released from jail, John Wesley Hardin leaves an account of his life with the local newspaper. It tells of his overly religious father, his resulting life of cards and guns,…