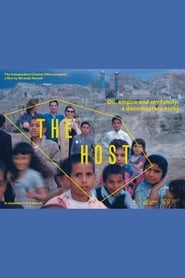 Trailer
You are watching now the The Host movie has Documentary Genres and produced in UK with 60 min runtime. Brought to you by Watch4HD.com and directed by Miranda Pennell,

While investigating her late parents’ involvement with the Anglo Iranian Oil Company (BP), the filmmaker comes across the letters of a petroleum geologist in Iran in the 1930s who was later to embark on a search for the origins of civilisation. The Host sets out on its own exploration, to decipher signs from the fragmented images buried in the BP archive. This journey through the past interweaves a number of stories drawn from both personal memory and the records of an imperial history, which builds a picture of a 20th-century colonial encounter. The Host is a personal essay film about the stories we tell about ourselves and others, the facts and fictions we live by, and their consequences. Followed by a discussion with Miranda Pennell. 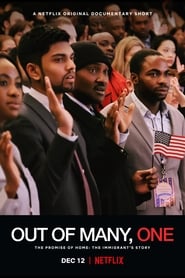 Out of Many, One

The United States has long offered a promise of opportunity and safety to arriving immigrants – The American Dream. However, currently facing a time of deep political, social, and cultural…

The true story of professional video gaming. Almost everyone in the world has played a video game, but some kids do it for a living. FRAG shed light on the…

Fuzz: The Sound that Revolutionized the World

Rethink Afghanistan is a ground-breaking, full-length documentary focusing on the key issues surrounding the war. The film raises critical questions regarding Afghanistan. Segments of this documentary: Troops, Pakistan, Cost of…

ATL: The Untold Story of Atlanta’s Rise in the Rap Game

ATL: The Untold Story of Atlanta’s Rise in the Rap Game is a 90-minute documentary for VH1 that explores how Atlanta earned the mantle of hip-hop dominance, pioneering a seismic…

“Lives begin and end, but everything goes back to the earth.” A tour-de-force of cinematography and sound design, this captivating, award-winning documentary looks at three generations of sheepherders in the…

A Haunting on Hamilton Street

3 locations, 760 hours of investigation, condensed into a hair raising 90 Minutes! The most thorough paranormal investigation ever conducted! A location so active as exorcist had to be …

Under the Boardwalk: The Monopoly Story

Ever since the 1930s, no board game has had the lasting worldwide success of Monopoly. Although it started as a protest simulation, the game evolved to be a welcome wish…

With God on our Side

With God On Our Side takes a hard look at the theology and politics of Christian Zionism, which teaches that because the Jews are God’s chosen people, Israeli government policies…