Trailer
You are watching now the The Divorcee movie has Drama Romance Genres and produced in USA with 84 min runtime. Brought to you by Watch4HD.com and directed by Robert Z. Leonard,

Jerry and Ted are young, in love, and part of the New York ‘in-crowd’. Jerry’s decision to marry Ted crushes a yearning Paul. Distraught Paul gets drunk and wrecks his car, disfiguring young Dorothy’s face in the process. Out of pity, Paul marries Dorothy. Years later, the apparent perfect marriage of Ted and Jerry falls apart from infidelity on both sides. Inwardly unhappy, popular Jerry lives a party life while Ted sinks into a life of alcoholism. Jerry then runs into Paul, who still loves her. After spending time together with Jerry, Paul plans to divorce Dorothy. When Jerry sees Dorothy again, she has second thoughts about where her life is heading.

Portraying one of the shadier details of American history, this is the story of Jack McGurn, who comes to Los Angeles in 1936. He gets a job at a movie…

Tony, a promising young motorcycle racer, is forced to do perilous drug runs to save the mother of his child from a dangerous mobster. 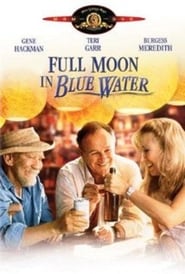 In Texas, Floyd is the owner of a decadent bar nearby the coast. He misses his wife Dorothy, who disappeared one year ago, and does not pay attention to the…

Eddie, a poor street conman, has his ‘guess in which briefcase’ trick ruined by Manhattan lifestyle magazine deputy editor Hallie Galloway. Due to a bet with her boss, she must…

A young girl develops an unknown infection that causes her to evolve into a horrifying monster.

My Dinner with Andre

Wallace Shawn and Andre Gregory, apparently playing themselves, share their lives over the course of an evening meal at a restaurant. Gregory, a theater director from New York, is the…

Chyna Parks, a musical prodigy, gets into a gifted program called Advanced Natural Talents at the local high school. Along with her fellow ‘ANTs’ she must navigate the halls of…

The true story of a decorated officer’s legal challenge to her involuntary discharge when she admitted she was homosexual.

Arnie Judlow, an inmate at San Quentin prison serving a life sentence for murder, devises a daring plan with his wife and his brother Bill to help him escape, part…