Trailer
You are watching now the The Carson City Kid movie has Western Genres and produced in USA with 57 min runtime. Brought to you by Watch4HD.com and directed by Joseph Kane,

Roy Rogers (Roy Rogers, and not playing “himself” but playing a character named Roy Rogers), posing as The Carson City Kid, is seeking vengeance on Morgan Reynolds, the man who killed his brother. To find Reynolds in the gold towns, he systematically stops stagecoaches and goes through the mail, hoping to find letters addressed to Reynolds and thusly learn his whereabouts. Thus “The Kid” earns the reputation of a stagecoach robber, although he never takes anything, and the reputation is enhanced by the fact that he travels with Laramie (Francis McDonald), a notorious half-breed outlaw. A posse is about to capture them and Roy rides back to get Laramie whose horse has been shot, and Laramie repays the favor by slugging Roy and escaping on his horse Trigger. The posse rides by the unseen Roy and captures Laramie and, since he is riding the “Kid’s” horse, take him to jail as being the “Kid.” Laramie denies this and is told he will be free when he identifies the “Kid”; othewise he will hang. Roy rides into town, having deduced that the Morgan Reynolds he is looking for operates the Yellowback Saloon under the alias of “Lee Jessup” (Bob Steele) . As part of his plan to get evidence against Jessup, who also does not know his true identity, Roy takes a job as saloon shotgun guard, and meets saloon singer Joby Madison (Pauline Moore, in one of the truly great performances found in the B-western genre) and falls in love with her. This doesn’t set well with Jessup, as he has plans of his own regarding Joby. Young gold miner Scott Warren (Noah Beery, Jr.), having hit his strike and heading for home with his fortune, comes into the Yellowback, talks too much about his stake, and is soon relieved of it in a crooked poker game by Jessup and friends. Scott, realizing he had been cheated, breaks into Jessup’s office and, announcing he is the Carson City Kid, holds up Jessup henchman Harmon (Hal Taliaferro) and takes his gold and some letters and papers from the safe. Captured, he is taken before Laramie, who quickly identifies him as the “Kid” although he has never seen him before, in order to win the immunity promised him. Roy, masked as the Carson City Kid and speaking Spanish as the Kid did on the stage holdups, intervenes and at gunpoint, asks Jessup to identify what Scott has stolen from him. Besides the gold, Jessup unwittingly identifies as his own the latters and documents, which establish him as Morgan Reynolds. Reynolds meets justice and Roy is exonerated. ne fine little B-western with an excellent performance by George “Gabby” Hayes (as Sheriff Gabby Whittaker), before he had the character down as a sleep-walking exercise and was still revolving, and by, as mentioned, Pauline Moore, as a no-excuses heroine for being where she was doing what she did as a saloon entertainer. 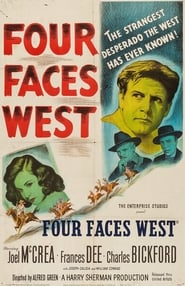 Cowboy Ross McEwen arrives in town. He asks the banker for a loan of $2000. When the banker asks about securing a loan that large, McEwen shows him his six-gun…

A German dentist buys the freedom of a slave and trains him with the intent to make him his deputy bounty hunter. Instead, he is led to the site of…

Story follows a stagecoach ride through Old West Apache territory. On board are a cavalry man’s pregnant wife, a prostitute with a broken heart, a Marshal taking in his prisoner… 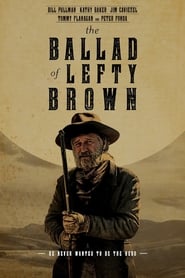 The Ballad of Lefty Brown

A coming-of-age Western for a 65 year old man.

Take Me Back to Oklahoma

Storm is out to wreck Ace’s stage line. When Tex arrives to help Ace, Storm brings in hired killer Mule Bates. But Tex and Bates know each other and the…

The Life and Times of Grizzly Adams

In the 1850s, a farmer named James Adams is accused of a crime he didn’t commit and must flee into the mountains. There, he rescues and cares for an abandoned…

Living by the Gun

A tale of betrayal, hate, revenge and death, on the bad blood and hard luck roads back from redemption. A man returns to his past and sets his Niece on…

Django and Santana are bounty hunters taking out bandits in a small Western town. An evil landowner smuggling illegal immigrants and the men that work for him have mighty fine…

After Cacopoulos (Eli Wallach) saves himself from being hanged on a false charge, he robs Cat Stevens (Terrence Hill) and Hutch Bessy (Bud Spencer) and steals their horses. This results…

An American Rancher takes a small herd of Brahma bulls to Brazil where he has sold them for a small fortune. There, he finds himself in the middle of a…

A Civil War veteran with a sawed-off rifle as a holstered weapon makes a living as a bounty hunter in the Wild West of the 1870s.