Trailer
You are watching now the Relentless movie has Romance Western Genres and produced in USA with 93 min runtime. Brought to you by Watch4HD.com and directed by George Sherman,

At the local saloon, prospectors Len Briggs and Bob Pliny brag about finding gold at their mine. Bad guys Tex Brandaw and Jim Rupple decide to follow the two prospectors and steal their mine. Drifter Nick Buckley who’s passing through town seeking shelter for his pregnant mare is offered a drink by the two old prospectors, on the account of their recent good fortune. They also offer him the use of their shack for the night. However, bad guy Tex Brandaw suggests to Nick the use of an empty stall in the town stable instead. The two old prospectors return to their cabin where bad guys Tex and Jim await in ambush and kill the prospectors and steal the map revealing the gold mine’s location. They divide the map in two sections, to prevent cheating, and split up agreeing to meet later. Tex has no intention of sharing the gold with Jim and bushwhacks him on the trail taking Jim’s other half of the map. Jim pursues Tex on foot and runs into drifter Nick Buckley who left town after spending the night there. Nick’s mare has just given birth on the trail and is in no shape to travel but Jim seizes Nick’s mare at gunpoint and gallops after Tex. The sickly mare dies. An angry Nick catches up with Jim and kills him in a gunfight. Unfortunately, Jim’s partner in crime Tex has witnessed the gunfight. Pretending he’s a passerby, Tex assures Nick that he will back up Nick’s story of self-defense in front of the sheriff. Tex even offers to take Jim’s body back to town and inform the sheriff about the facts. Nick leaves to aid his helpless foal back on the trail. Tex tels the sheriff that Nick killed Jim and the two prospectors, thus covering his own crimes. The sheriff’s posse goes after Nick who’s oblivious that he’s a wanted man. On the trail, Nick runs into Luella Purdy, owner of a traveling general store, whom Nick met into town the day before. She agrees to help Nick care for his starving foal. Luella believes Nick’s story of self-defense concerning the showdown with bad guy Jim. Unfortunately, the sheriff shows up and he charges Nick with the murders of the two gold prospectors and that of Jim Rupple, as witnessed by Tex Brandaw.

Set between the two World Wars and based on true historical events, BITTER HARVEST conveys the untold story of the Holodomor, the genocidal famine engineered by the tyrant Joseph Stalin….

Naked in New York begins in the car of grown up Jake, he is talking to us about his girlfriend, Joanne, (watch for the facial expressions) and to whom you… 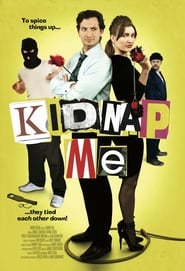 A couple with sexual fetishes find themselves kidnapped by a pair of dimwitted gangsters.

A young Oklahoma artist, struggling with a recent death, finds escape in a reckless affair with her brother’s girlfriend.

Dance of the Dragon

Four men pull off a daring daytime robbery at a bank, dump the money in a trash can and go their separate ways. Thomas Crown, a successful, wealthy businessman pulls…

On a dark and creepy road, teenager Jeff Pryce nearly runs down a beautiful, yet mysterious young girl walking alone by Resurrection Cemetery. Jeff offers to give her a ride…

Palm Trees in the Snow

Killian is a young man who has never left the remote mountains of Huesca (Spain) which saw him grow up. In 1953, he travels back to the exotic Equatorial African…

Set during the years between the “Rebecca” trial and the writing of Du Maurier’s short story “The Birds”, including her relationship with her husband Frederick ‘Boy’ Browning, and her largely…

In the late 60’s, after graduating in Mathematics, the German Stefan Brückner hitchhikes from Lübeck to Paris to see the world without money. He befriends Charlie in an arcade and… 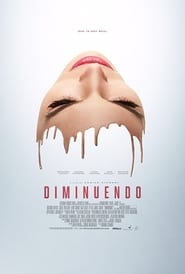 Once a renowned director, Haskell Edwards has wallowed in a self-inflicted haze of drug and alcohol abuse for nine years. This has been his life since witnessing the suicide of…