Trailer
You are watching now the Porky’s movie has Comedy Genres and produced in Canada, USA with 94 min runtime. Brought to you by Watch4HD.com and directed by Bob Clark,

1954. The sexual hijinks of a group of mid-teen male students of Angel Beach High School in Florida are presented. Their main goal is to lose their collective virginity. In the process, they embark on games of sexual innuendo with their female classmates, as witnessed by the activities of Billy, Tommy and Pee Wee in their secret surveillance. Pee Wee is the most desperate, that desperation which gets him into one predicament after another, especially as he is the butt of many a prank. A side issue for Tim, basically a good guy, is dealing with his learned racism, which comes to the surface with the arrival to their school of new student, Jewish Brian Schwartz. The sexual pursuits at the school are not limited to the student body as new boys Phys Ed coach, Roy Brackett, has a mutual attraction with cheer-leading coach, Miss Lynn Honeywell, who doesn’t want to go all the way; Coach Brackett’s goal is to find out why Coach Warren has nicknamed Miss Honeywell “Lassie”. All these goings-on offend the sensibilities of female Phys Ed coach, Miss Beulah Balbricker, who takes it upon herself to maintain the moral standards of the school. The boys’ mission seems to be stalled, so Mickey, whose brother Ted is the local sheriff, suggests they go to Porky’s, a bar and unofficial brothel in neighboring Wallacetown in the middle of the Everglades, to lose their virginity. Porky’s is owned by the violent Porky, whose actions are supported by his sheriff brother. The boys’ experience at Porky’s leads to a continuing feud between the boys and Porky and his posse, the boys’ collective anger fueled by Mickey. They will learn that they may not be able to beat Porky with their fists, but may be able to do so with a little ingenuity, which may hurt Porky more in the long run.

Seventeen year old Jason Slocumb, Jr. – Igby to most that know him – comes from east coast old money, the second son of self-absorbed and controlling Mimi Slocumb and…

The Black family is getting out of Chicago in hopes of a better life. After Carl Black (Mike Epps) comes into some unexpected funds, he takes his family and leaves…

COOTIES is a horror comedy with unexpected laughs and unapologetic thrills. When a cafeteria food virus turns elementary school children into killer zombies, a group of misfit teachers must band…

Lauded by critics and audiences alike, this blistering one man show takes in such diverse topics as WAGs, Goths, the class system and DVD piracy as well as frank and…

A down and out funeral director resorts to selling body parts to pay his debt.

Translation of the above: Karmina, a young vampire (only 140 years old) flees her Translylvanian castle where she must marry the horrible Vlad to please her father, the mean Baron,… 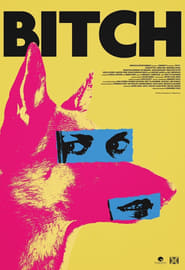 The provocative tale of a woman (Marianna Palka) who snaps under crushing life pressures and assumes the psyche of a vicious dog. Her philandering, absentee husband (Jason Ritter) is forced…

The boys get drafted into the Marines. On their first day in basic training, their commanding officer discovers that Sach’s dad is an old war buddy of his, so he…

A postman falls for the pretty co-worker he was recruited to spy on, only to realize that she may be the woman of his dreams in this romantic holiday comedy….

Marion (Delpy) has broken up with Jack (Two Days in Paris) and now lives in New York with their child. But when her family decides to come visit her, she’s…