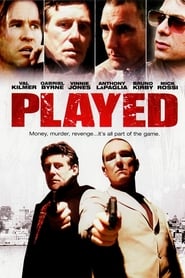 Trailer
You are watching now the Played movie has Crime Drama Thriller Genres and produced in UK with 87 min runtime. Brought to you by Watch4HD.com and directed by Sean Stanek,

An examination of the malevolent London underworld with it’s despicable criminal underground. Ray (Mick Rossi) just finished an eight year prison sentence after getting set up. Now he is back on the streets to settle the score.

The Man Behind the Scissors

A suspended cop and his girlfriend blackmail an electronics expert into helping them break into the safe of the girlfriend’s boss, a corrupt city councilman who’s on the local mob’s…

When hard drugs invade a small town, local and federal law enforcement find themselves working together. Navigating the minefield of local political officials and junkie confidential …

Meet the dirtiest cop in New York City history. In the 1980s, Michael Dowd patrolled the mean streets of one of the toughest precincts in Brooklyn. He also headed a…

In Los Angeles, a story about a dead girl, told in five chapters. A woman, miserable in her circumscribed life caring for her domineering mother, finds a body. Somehow, this…

Four friends – John, Ben, Tim and Michael – turned first-time robbers, get stranded in Eastern Europe through a series of misadventures and have to find their way back home….

Bored farmer’s daughter sets out to make it in the big city. She gets mixed up with freaks, perverts and degenerates and winds up a stripper in New Orleans.

A documentary about a police precinct in the South Bronx. 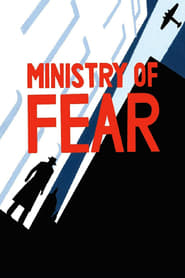 Stephen Neale is released into WWII England after two years in an asylum, but it doesn’t seem so sane outside either. On his way back to London to rejoin civilization,…

Song of the Thin Man

Nick and Nora Charles are asked by Phil Brant and Janet Thayar, who have just eloped, to help them after band leader Tommy Drake is killed at a society dance…