Trailer
You are watching now the Open Graves movie has Horror Thriller Genres and produced in Spain, USA with 88 min runtime. Brought to you by Watch4HD.com and directed by Álvaro de Armiñán,

In Spain, the American surfer Jason, his best friend and photographer Tomas Escaño and his girlfriend Lisa go shopping in a fair and while the couple is negotiating with a street vendor, Jason visits a dreadful store. Jason has a friction with the handicapped owner Malek and the man in a wheelchair offers an ancient board game called Mamba from the Spanish Inquisition period for free to excuse his behavior. Meanwhile, Detective Izar is investigating the death of a man that was skinned alive. When a heavy rain falls during a party on the beach, Jason joins Tomas, Lisa, his new acquaintance Erica Vargas, Pablo, Miguel and Elena to play the game. Erica reads the rules and explains that the winner would have his wish granted while the losers would be cursed to die the way described in the cards. Pablo is the first to lose and borrows Tomas’ car to buy some beers. Miguel, Lisa, Elena and Tomas also lose, but the players stop the game when Detective Eric arrives and informs that Pablo has just died. When Miguel, Lisa and Elena also die, Jason researches the Mamba in the Internet and finds that the pieces and board had been made of skin and bones of the witch Mamba Masamba and the cards had been written with her blood and tears. Jason decides to finish the game with Erica to undo the curse.

A band straying into a secluded part of the Pacific Northwest stumbles onto a horrific act of violence. Because they are the only witnesses, they become the targets of a…

Demons hypnotize the general public by posing as a rock and roll band.

In Louisiana, a soldier returning from Vietnam finds his wife in bed with her lover and he kills them both as well as a couple of friends, but he is…

A film based on the true story of Ed Kemper, a serial killer who murdered ten in Santa Cruz, CA during the late sixties and early seventies.

Every week at 5 p.m. an old man in a yellow mask shows up at a children’s playground and tells them ghost stories based on myths and urban legends of… 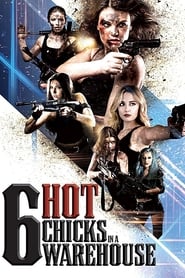 Six Hot Chicks in a Warehouse

A body conscious photographer, Adrian, concocts a scenario in which he attempts to project his insecurities onto those who mock him. Hired by Adrian, his professed muse Mira and five… 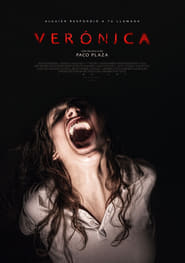 Madrid, June of 1991. Verónica is a teenage girl surpassed by the circumstances after her father recently, her mother works on a bar all day and she must care of…

This low budget feature from Baltimore filmmaker Don Dohler opens with a spirit entering into a gravesite and reanimating a corpse back to life as Mr. Longfellow. In order for… 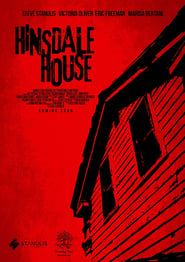 Actors and crew arrive at the actual Hinsdale House in upstate New York and prepare to shoot a horror movie over the next few weeks. The owner of the property…

A group of friends decide to spend their last summer together by taking a trip to the rural camping destination “Black Hills”. Once there, they find themselves in the middle…