Trailer
You are watching now the Mobile Suit Gundam I movie has Action Animation Drama Genres and produced in Japan with 137 min runtime. Brought to you by Watch4HD.com and directed by Ryôji Fujiwara, Yoshiyuki Tomino,

In the year Universal Century 0079, humans have colonized the area of space lying in between the Earth and the moon. However the ambitious Zabi family, rulers of the Duchy of Zeon (the grouping of colonies furthest from the earth) has sparked a war. Within the first week of this fratricidal conflict, one half of all humans have been decimated. The Duchy, within a month, has invaded and occupied half of the Earth’s surface, thanks to the Duchy’s ultimate weapon, 60-foot tall, heavily armed and highly maneuverable machines known as “Mobile Suits.” The only thing that can save the Federal Forces of Earth is their top-secret “V” Project, based on the loyalist colony Side 7. The aim of the V Project was to build their Mobile Suits for the Federal Forces. As the film opens, Zeon attacks Side 7, sending its top ace, Char Aznable to stop the V Project. 15-year-old Amuro Ray, the son of the chief researcher to the V Project, is struggling to get his friends and neighbors to safety when he runs across an empty mobile suit. This is the Gundam, the sole remaining prototype mobile suit. Firing it up, Amuro becomes an ace almost immediately, killing two Zakus (the standard Zeon MS) with little effort. From there on in, Amuro is drafted into the Federal Forces as are other residents of the colony: Frau Bow, Amuro’s neighbor and semi-girlfriend, Kai Shiden, a young photographer who would just as soon stay clear of combat, and Sayla Mass, a woman who seems to have an inordinate interest in Lt. Char Aznable. Their mission: escort the prototype battleship White Base and the Gundam within to the Federal Forces’ HQ on Earth. Will they succeed?

Baron Manfred von Richthofen is the most feared and celebrated pilot of the German air force in World War I. To him and his companions, air combats are events of…

This silent movie is based on Melville’s classic Moby Dick. Ahab and his brother compete for the affections of minister’s daughter Esther. But the great white whale has been eluding… 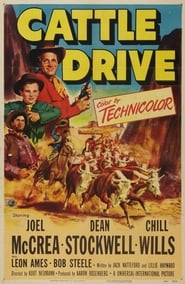 The spoilt young son of a wealthy railroad owner manages to get himself lost in the middle of nowhere. He is found by a cowboy on a cattle drive and…

The Assault A woman and her best friend go on a crime spree to rob her husband and escape her marriage.

Enter the Dragon revolves around the three main characters. Lee, a man recruited by an agency to investigate a tournament hosted by Han, since they believe he has an Opium…

Dar, the son of a king, is hunted by a priest after his birth, so he is sent to grow up in another family. When he becomes a grown man,…

A young girl (Baby Doll) is locked away in a mental asylum by her abusive stepfather where she will undergo a lobotomy in five days’ time. Faced with unimaginable odds,…

After seeking to live a normal life, Logan sets out to avenge the death of his girlfriend by undergoing the mutant Weapon X program and becoming Wolverine. A look at…

On his deathbed, the reigning king bestows power to an unexpected heir who must find strength within himself to unite his people against the violent crusades which threaten their freedom.

A philosophical caveman (Rifkin) yearns for more out of life than sticks, stones and raw meat.