Trailer
You are watching now the Live Evil movie has Horror Genres and produced in USA with 97 min runtime. Brought to you by Watch4HD.com and directed by Jay Woelfel,

A hunter dressed in black. This cowboy-hat-wearing samurai-sword-wielding Priest is on a quest for blood. Vampire blood. He’s out for revenge on a “clique” of four vampires who are traveling across country in search of “pure blood.” The human blood stream has become polluted by drugs, alcohol, Aids, Diabetes, anti-depressants, cigarettes, anything that changes the blood even a small amount makes it undrinkable for Vampires, who, like hi-performance automobiles need “hi test” fuel= Blood in order to survive. This has started a sort of underground civil war between various groups of vampires and vampires themselves have mutated due to the pollution of their life blood. Live Evil is what is written on playing cards left behind on the bodies of dead vampires that this mysterious Priest/Hunter leaves in his wake as he gets closer and closer to our main group of vampires. He’s out for revenge and the real reason for this is not revealed until the very end. He’s as cold blooded or more than the vampire he seeks, because he has to be. The Leader of the group of Vampires is Benedict, the “oldest’ of the group he’s seen the rise and fall of the vampires and is out to protect his small family of vampires. He’s also in love with one of the two females in his group, Sydney. Sydney is a sexy but equally ravenous vampire who is becoming more and more out of control. Yael is the youngest of the group and the most enthusiastic and inexperienced, of these vampires; her recklessness could threaten their group’s existence. Also part of the group is the acerbic Baxter, an Irish former silent movie star, who became a vampire in order to stay young forever only to have his career ruined when sound films came in. His bitterness and Yael’s young enthusiasm create more tension for Benedict to try to control. This clique is constantly trying to find pure bloods for food and also on the run from The Priest who gets closer and closer to them with every mile as they travel to Los Angeles to find a Blood Dealer, Max, a man who “pushes” blood stolen from hospitals to vampire clients. In a wild opening sequence car chase the Priest’s car flips over and his right leg is injured so severely that he must hijack a ride from Roxy. A tough woman who doesn’t know if the Priest is just insane or if there really are vampires. As the two grudging companions get to know each other The Priest learns that Roxy is a “pure blood” and realizes that he must do more than just seek revenge, he must not care for another human being for the first time in his life. Neither Vampires, nor Vampire Hunter Priest take prisoners in this increasingly frenzied cat and mouse game. It’s a bloody trail of bodies, both human and vampires, that climaxes in an abandoned church in the barren desert.

In London, a military plane crashes leaving its highly classified contents strewn across the city. Completely unaware that the city is in lockdown, a group of people become trapped inside…

Inspired by true events. After Patti Johnson gives birth to a still-born child, she and her husband try to forget the tragedy. They move into a new house, but a…

A woman with psychic visions and an alcoholic past moves into a house where the previous occupant was mysteriously decapitated, and soon suspects she’s looking into her own future.

Attack of the Beast Creatures

Survivors of a shipwreck wash up on an island, and run into small vicious creatures.

Seven youngsters decide to spend a night in an abandoned haunted hotel. What they mistook as merely rumors, dawns on them to be the truth as they realize they are…

Emminent plastic surgeon and mad scientist Don Brandon loses his wife Anitra – pinup model and social butterfly – in a tragic accident. He and his faithful humpbacked and drooling…

Night of the Howling Beast

Waldemar, the renowned adventurer, joins an expedition to find the Yeti in the Himalayas. While hiking the mountains, he’s captured by two cannibalistic demon nymphets guarding a remote Buddhist temple…

A group of people on a world wide search for oddities find themselves trapped in a nine hundred year old Italian castle when they accidently unleash the Demonic Toys. 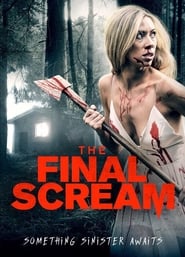 Aspiring actress, Kia Anderson, is about to learn that the final callback for a horror Feature Film is something more than she could ever of imagined – Something sinister is…

A group of college students break into an abandoned convent and become possessed by demonic spirits.

Florian Sirko and his one-time love, Macy Patterson face a problem. A curse was originally cast from the attack of Haidamark Cossacks on Nemirov Poland, 1648, spawning a mythological …

For six long years, Hamilton High School seniors Kelly Lynch, Jude Cunningham, Wendy Richards and Nick McBride have been hiding the truth of what happened to ten-year-old Robin Hammond the…