Trailer
You are watching now the Horror Island movie has Horror Mystery Thriller Genres and produced in USA with 60 min runtime. Brought to you by Watch4HD.com and directed by George Waggner,

Down-on-his luck entrepreneur Bill Martin and sidekick Stuff Oliver try to stay one step in front of creditors in their seedy waterfront office when they meet “The Captain,” an idiosyncratic peg-legged old sailor. The Captain is convinced that the treasure of pirate Sir Henry Morgan is hidden somewhere in a castle on an offshore island recently inherited by Martin. His proof is a treasure map, half of which has been stolen by a mysterious Phantom who lurks in the shadows waiting for an opportunity to steal the other half. Sensing a moneymaking opportunity, Bill tries to recruit customers willing to pay $50 apiece for a “treasure hunt” outing to the “haunted” island. Among those signing up are heiress Wendy Creighton and her bored, ineffectual boy friend, a dimwitted police sergeant, a professor whose expertise is old maps, a wanted murderer and his moll, and Bill’s cousin George, who has recently offered $20,000 to buy the supposedly worthless island. They all get more than the few goosebumps they bargained for as death and the Phantom await them in the ghostly castle.

A gang of four thieves, having stolen over a million dollars worth of gems, are driving through the remote hill roads of the Carolinas when their jeep runs out of…

Truth or Dare?: A Critical Madness

Mike Strauber catches his wife Sharon in bed with his best friend Jerry. He gets mad and takes off to embark on an adventure of murder and self-mutilation in demented…

Madison, a single mother, and her children, are awoken nightly by an increasingly strange and intense presence. She seeks help from her scientist boyfriend Nikolai, who begins a hunt to…

An atheist is forced to consult an exorcist after his daughter shows signs of being possessed.

Fright Land amusement park is closing down for the last time. Lack of business and interest have lead to poor sales and no profit. The park’s owner, Mr. Hyde (played…

In an industrial zone, four young people in white shirts and black ties fight against each other, with no rules and bare hands. Each of them wears a miniature camera…

Alan Whitmore, a young American researcher, goes to Budapest to visit Professor Roth, with whom he collaborated on a secret project called “Intextus”. Arrived in the Hungarian capital, Alan…

The Haunting of Seacliff Inn

Susan and Mark move to a seaside town to buy an old house and open an inn. They came to look at one house, but Susan is inexplicably drawn to…

A woman heads to a remote property to seek treatment for an rare physiological condition but ends up uncovering a horrifying secret. 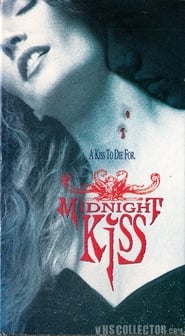 A modern vampire is killing people and sucking blood in the city. The police can’t stop him, because of his wits and strength. One night, fighting with a police woman,…

A scientist invents a serum that keeps a dog’s head alive after its body dies. When the scientist dies of a heart attack, his crazed assistant cuts off his head…

A girl is mysteriously killed after recording herself playing with an ancient Ouija Board, which leads to a close group of friends to investigate this board. They later find out…