An astronaut brings home a glowing green orb for his daughter. However, the green orb wipes him out and corners the girl for its purposes. Claiming to embody ultimate evil, the malevolent sphere, known as the Loc-Nar, terrorizes the little girl by showing a series of bizarre and fantastic stories it has influenced. The first is “Harry Canyon”, a cynical taxi driver in a squalid futuristic New York who finds himself involved with a damsel in distress who is relentlessly pursued by murderous thugs who desire the Loc-Nar her archaeologist father found. The second is “Den”, which chronicles the adventures of a nerdish teenager who is thrown into the fantasy world of Neverwhere, where he is transformed into a studly naked muscle man, desired by beautiful women, who must get involved in a conflict revolving around possession of the Loc-Nar. The third is “Captain Sternn”, where the title character is a handsome but irredeemable scoundrel who stands accused in a trial that Loc-Nar throws into chaos. The fourth is “B-17”, where a World War II bomber plane limps home after a bombing run, only to have the Loc-Nar ram into it and revive the dead crew members as murderous zombies. The next is “So Beautiful, So Dangerous”, where a buxom secretary at the Pentagon is abducted by stoned alien wastrels and an oversexed robot. The final story is “Taarna”, where the Loc-Nar has to come to a future Earth and changes a peaceful people into a horde of murderous barbarians who rampage with genocidal zeal. Only the last Tarrakian, a silent swords-woman known as Taarna, can avenge the victims and stop the Loc-Nar. 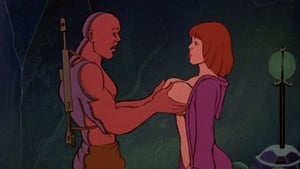 ‘Toon star Roger is worried that his wife Jessica is playing pattycake with someone else, so the studio hires detective Eddie Valiant to snoop on her. But the stakes are…

A scientist builds a machine that will enable him to travel back and forth in time, but when he puts it in motion, he gets more than he bargained for.

Day of the Warrior

Somehow, the L.E.T.H.A.L. Agency’s Headquarters security has been breached by an unknown foe who managed to break into the Force’s computer system and tamper with classified documents regarding valuable information…

A secret government project to create genetic mutants results in them being released into the general population. One of the scientists responsible, Adam, has sworn to try and help them,…

A live production of the 1975 Broadway musical, “The Wiz,” which put a modern spin on the classic “Wizard of Oz” tale with a cast of African-American actors.

The Secret Life of Walter Mitty

A timid magazine photo manager who lives life vicariously through daydreams embarks on a true-life adventure when a negative goes missing.

Two mutants, Rogue and Wolverine, come to a private academy for their kind whose resident superhero team, the X-Men, must oppose a terrorist organization with similar powers. In a world… 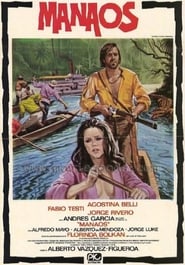 At the beginning of this century some owners of rubber plantations in the Amazonas jungle convert a village into one big prison. But the inhabitants have other plans…

When an unusually intelligent dinosaur unexpectedly hatches from a fossilized egg in present-day California, a friendly group of human teenagers adopts him and teaches him how to hide from prying…

A ruthless, comical, fun-loving, romantic rebel general, General Jose Juan Reyes, preparing to make a stand against the Mexican-government army takes over a small Mexican town and imprisons the town…