Trailer
You are watching now the Finian’s Rainbow movie has Family Fantasy Musical Genres and produced in USA with 141 min runtime. Brought to you by Watch4HD.com and directed by Francis Ford Coppola,

Of Glocca Morra, Ireland, Finian McLongeran, who has his own unique belief system of Irish legends, uproots himself and his adult daughter, Sharon McLonergan, and heads for the mythical land of Rainbow Valley, Missitucky, USA where he believes he will become rich. One of those beliefs is that burying a crock of gold in Rainbow Valley will make it multiply, due to the power of rainbows and the Valley’s close proximity to Fort Knox. Finian considers that he “borrowed” the crock of gold he has from the leprechauns of Glocca Morra, which he plans to return once he makes his fortune. Little does he know that in taking the gold, the leprechauns can no longer make wishes come true and are slowly turning mortal. One of those leprechauns, Og, has come to retrieve the crock of gold to save himself and his fellow leprechauns. Finian and Sharon’s arrival in Rainbow Valley coincides with the return of the Valley’s prodigal son, Woody Mahoney, who has come to repay back taxes before his land is auctioned off. Woody’s sister, Susan Mahoney, is referred to by most Susan the Silent, as she has never spoken and communicates primarily through dance. In helping the Mahoneys repay those taxes, Finian only asks for a small parcel of that land for him and Sharon, and mostly for a place to bury the crock of gold. With the rest of the land, Woody and his friend, Howard, a research botanist, plan to revolutionize the tobacco industry by growing the first ever mentholated tobacco plants, which is a little more difficult to accomplish than they initially believe. Much like Finian, Woody plans on getting rich the easy way, in Woody’s case off the hard work of Howard. Regardless of Sharon’s dislike of what Woody is doing by being what she considers a schemer, the two fall in love. Finian’s assistance of Woody in keeping the land irks bigoted Senator Billboard Rawkins, who has been trying to buy up as much land in the Valley as possible. Complications ensue for all involved because of the crock of gold, even though most have not seen it or even know it exists for real.

Annie, is an 11-year-old girl, a bit of a loner, but very creative and imaginative, and quite obsessed with outer space. She is often the target for the jokes from…

Mio in the Land of Faraway

A fantasy about the lonely boy who is transferred from his dull life with his adoptive parents to the land where his real father is the king. In that country…

A recently dumped travel writer goes on a ski getaway with her best friend and they find themselves double booked with two eligible men. When they are snowed in, love…

When the CIA discovers a cute orphan puppy with amazing telepathic abilities, the powers-that-be in Washington immediately lock him down and plan on forcing the poor dog to become a… 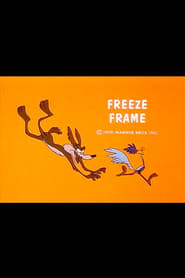 Wile E. Coyote chases the Road Runner through some snowy mountaintops, leading to a series of snow-related traps such as the Acme Blizzard Machine which makes instant snow….a little too…

Barbie in the Pink Shoes

Dance your way to a magical adventure with Barbie(TM) as Kristyn(TM), a ballerina with big dreams! When she tries on a pair of sparkling pink shoes, she and her best…

Cris Nannarone, a veteran road warrior and stand-up comedian, scours restaurants, diners, food trucks and everything in between, to find the best burger, pizza or taco. It’s a quest to…

Where the Wild Things Are

A boy named Max imagines he is “Where The Wild Things Are”.

The Next Karate Kid

During a commemoration for Japanese soldiers fighting in the US Army during World War II, Mr. Miyagi meets the widow of his commanding officer. He gets to know her granddaughter…

In a time when Native American legends were a part of daily life, the 10 year celebration of the first people’s release from the giant clamshell is in jeopardy as…

The Mystery Inc. gang have gone their separate ways and have been apart for two years, until they each receive an invitation to Spooky Island. Not knowing that the others…

Whilst his parents Linda and Mike spend every weekend ballroom dancing 11 year old Ben goes to stay with his granny, whom he initially finds boring. Then one day he…