Trailer
You are watching now the Blue-Eyed Butcher movie has Biography Crime Drama Genres and produced in USA with 85 min runtime. Brought to you by Watch4HD.com and directed by Stephen Kay,

Texas beauty Susan Wright appeared to have a fairytale life with an adoring husband, Jeff, two beautiful kids, and close family and friends. But in 2003, six years into their marriage, the fairy tale crumbles when Jeff is found dead and buried in the backyard of their suburban home. The close-knit community is shocked as police accuse Susan of pre-meditated murder — luring her husband into the bedroom, tying him up and violently stabbing him almost 200 times before haphazardly cleaning up the crime scene. As Jeff’s family reels from the devastating news, Susan begins to mount her aggressive defense; that she needed to kill Jeff out of self-preservation for herself and her children after years of physical and mental abuse. But prosecutor Kelly Siegler is skeptical of her defense and forcefully argues she is a cunning, doe-eyed sociopath, who has used her good looks to try to get away with anything in life — even murder.

The movie tells the story of the bandit queen Phoolan Devi who was sent to prison in 1983 and got free in 1994. During five years she was prosecuted by…

On Thursday, January 15th, 2009, the world witnessed the “Miracle on the Hudson” when Captain Chesley Sullenberger, nicknamed “Sully”, glided his disabled plane onto the frigid waters of the Hudson… 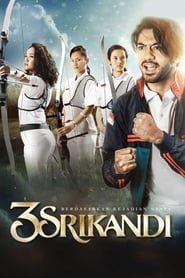 Three female archers from Indonesia created history by winning the first medal ever for the country. This small team was coached by Donald, ex Indonesian top archer who was left…

Anna Nicole Smith was a single mother from Texas who became the biggest supermodel in the world, but her sudden catapult to fame came with a price, as drugs, alcohol…

The Eyes of Tammy Faye

A documentary look, mostly through the eyes of Tammy Faye Bakker Messner, at her rise and fall as a popular televangelist with husband Jim Bakker. Traces their rise: her teen…

Five high school cheerleaders, including the daughter of the school principal, run amok — and teachers, parents and administrators allow them to get away with a wide range of scandalous…

A look at the career of consumer advocate Ralph Nader from wannabe presidential candidate to public pariah.

“Patti” focuses upon Patti Smith’s performance of the iconic “Gloria” on Saturday Night Live in 1976. Inspired by the art, words and life of Patti Smith, the film ventures behind…

Bukowski: Born into This

Documentary on Charles Bukowski, author of ‘Notes of a Dirty Old Man’, ‘Love Is a Dog from Hell’, and the autobiographical novels, ‘Women’, ‘Hollywood’, and ‘Post Office’.

The Diary of Anne Frank

A Jewish girl, Ann Frank, hides from the Nazis and writes a diary. Based on a true story.

Diana the ‘People’s Princess’ has died in a car accident in Paris. The Queen and her family decide that for the best, they should remain hidden behind the closed doors…